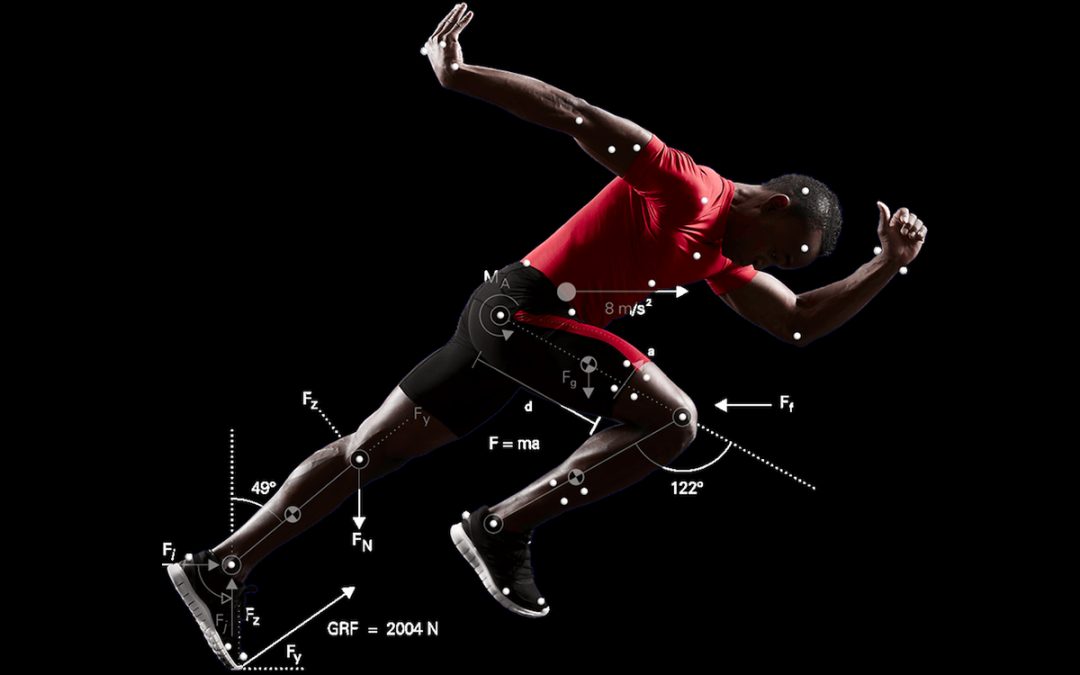 Biomechanics is one of the more significant disciplines in the field of Exercise Science and Human Movement. The word is derived from the Greek term ‘bio’ meaning ‘living’ and ‘mechanic’ meaning ‘forces.’ The primary purpose of biomechanics is to evaluate a living organism’s motion as well as its applications of force. In other words, biomechanics is a discipline that applies the laws of mechanics and physics to study the bodily movements and the causes of movements, both internally and externally. It is primarily used in sports training, ergonomics, and designing equipments, among many others. Biomechanics is broadly categorized into: sports biomechanics, occupational biomechanics, and clinical biomechanics. In the case of sports, especially athletic events, thorough knowledge on biomechanics is highly regarded, as it enables a trainer to attain a new level of professionalism and allows him to evaluate as well as build exercises, which in turn help his clients to achieve their goals in a quick and safe way. It also helps to analyze and compare an athlete’s present technique with that of a model or target that has been set. In addition, since it enables a trainer to evaluate benefits and risks involved in a particular exercise, biomechanics is considered highly vital for injury prevention.

Biomechanics is a blend of diverse areas of study, such as kinematics, kinesiology, kinetics, and anatomy and physiology. One of the primary branches of biomechanics – kinematics deals with the science of motion, i.e. it studies accelerations, angles, positions, and velocities of body segments that occur during motion. Kinesiology – referred to as the parent discipline of biomechanics – is concerned with the scientific study of human movement. This branch also focuses on such fields as ecology, philosophy, and sometimes even on the sociology of sports as well as exercises. The study of forces – kinetics is highly beneficial in enhancing performance and reducing the chance of injury. Anatomy and physiology are concerned with the body’s structure as well as its functions with regard to biochemical, tissue, and cellular levels. Besides, the study of biomechanics also consists of varied fields such as Physical Anthropology, Botany, Bioengineering, Orthopedics, and Zoology.

In biomechanics it is essential to have a good understanding of the applications of physics, since principles related to friction, resistance, motion, and momentum play a dominant role in almost all sporting events. In sports, biomechanics is usually based on certain factors such as distance and displacement, speed and velocity, acceleration, and application of force. Distance and displacement represent two different quantities that measure the extent of the motion of the body. Distance is a scalar quantity that measures the amount of ground that an object has covered during its motion while displacement is a vector quantity and it measures the interval between two locations. In the case of speed and velocity, speed refers to the rate of change of distance with regard to time and velocity to the rate of change of displacement regarding time. Acceleration describes the rate of increase in the velocity. In order to calculate acceleration, the equation a = b/c is used, where a represents acceleration, and b and c stand for change in velocity and change in time, respectively. In addition, biomechanics also sometimes depends on Newton’s Laws of Motion, consisting of three laws, and the Law of Gravitation, which is considered the most persuasive in terms of the inverse-square law.

It has been proven that biomechanics is highly beneficial in:

It is evident that a better understanding of biomechanics provides one with credibility among clients, peers, and other health and fitness professionals. If you are interested in learning more about biomechanics and how the body works there are dozens of books on the subject as well as several very informative websites.