Did you know Cassava also known as yucca or manioc is the third largest source of carbohydrates in the world and is a staple food for more than 500 million people.  It is very rich in starch and contains significant amounts of calcium, dietary fiber, iron, manganese, phosphorus, potassium, vitamin b6 and vitamin C. Dietary fiber has been associated with lowering the risk of cardiovascular diseases, colon cancer, and helping control diabetes. 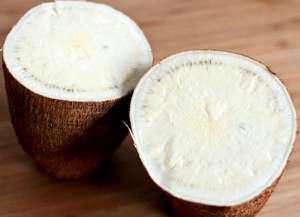 Cassava flour does not contain gluten, an allergenic protein found in wheat, barley, oats and rye. Also known as tapioca flour, it can be used by gluten intolerant people to replace wheat flour.